Get A Free Estimate

A to Z Guide to Roofing Terminology

Whether you’re looking to get a roof replacement or you’re simply looking to educate yourself on how roofs are structured and how they function, our comprehensive guide to roofing terminology is here to help you understand the many aspects of roofs and how they work to protect your home.

Here is our A to Z guide on the many terms associated with the roofing industry.

An aggregate works as a surface for a roofing system. It can be made from many different materials, including stone, rock, slag, gravel, and crushed lava rock. All aggregates serve the same purpose: protect the roof from UV rays. It also acts as an extra layer of insulation and provides reflectivity.

Algae discoloration shows up as dark streaks that can take hold on asphalt shingles, shake, slate, metal, and tile. This is caused by spores from a plant-like bacteria. It thrives and spreads easily in humid climates. While algae discoloration won’t cause immediate harm to the integrity of your roof, many homeowners are unhappy with the appearance. To prevent algae discoloration on your own roof, you’ll need to keep tree branches cut back, debris buildup cleared, and gutters cleaned.

Alligatoring is generally unique to flat roofs. It sets in as a flat roof ages and the sun dries out the topcoat of the roof. This results in cracks which will worsen with time. Eventually, it will result in the shortening of the flat roof’s lifespan and can lead to problems with water leakage into the building.

Apron flashings are a type of flashing that creates a watertight junction to move moisture away. It is L or V-shaped and is usually located against a chimney. Its sole purpose is to move water away from the low end of a curb and toward the gutter system.

Sometimes referred to as plastic cement or flashing cement, asphalt roof cement is made up of a mixture of fibers, mineral stabilizers, and solvent-based bitumen.

A ballasted roof has no anchoring between the roof membrane and decking. It is a simple and quick roof installation option for flat roofs. Because of the installation process, the installation creates no smell or clutter and can be completed during any weather.

Base flashing is the portion of flashing that directs the flow of water on the roof. It is specifically used to protect the roof on vertical plan intersections to avoid water buildup and subsequent water damage.

This is a black viscous mixture that comes from the natural distillation of petroleum. It is also used to seal cracks in the asphalt on roads. This material is waterproof and is using in the reformation of roofing felt and roll roofing.

A process in which nails are placed out of sight and unexposed to the elements. It helps to protect the materials from breaking down over time.

Buckling happens when asphalt shingles will not stay flat. This creates a wrinkled appearance. It is often caused during high humidity periods or on older roofs.

Base flashing in a length of bent flashing built to match the roof’s pitch. It is placed over the underlayment where the roof deck meets the sidewall. It is used as a solution to front walls and generally won’t be visible.

Blistering occurs when gas or moisture causes bubbling in the shingle. This will appear as a circular blemish, like a blister. Blistering will generally pop up within the first year after installation. Over-heated, poorly ventilated roofing is more likely to produce blisters than other roofing. While it may seem insignificant, blistering can actually shorten the lifespan of the roof, especially if the roof is exhibiting large scale blistering across the entire roof.

Battens or battening are what roofing materials are fixed to. These travel horizontally across the top of the roof. These aren’t used on every roofing system but are used for shingles and tiles. The number and spacing of battens on the roof will depend on the type of roofing material being installed.

This is the material that is used to cover the top of base flashing, and many other flashings as well. Cap flashing works to weatherproof and seal the roofing system at the edges.

A membrane surfaced in granules that are used as the top ply of a built-up roof. It is also used in other low slope roofing projects. It creates a water-tight surface to fend off water damage.

The process in which the surface of the roof is treated to resist the penetration of water should hydrostatic pressure not exist.

This term refers to a vertical projection from the roof that is framed. Typically, windows are good examples of dormers. These are often built into a home to create more usable space. Dormers can be added to pre-existing homes as an expansion to create an extra room or increase the space in an existing loft.

Eaves are the edges of roofs which hangs away from the wall. This creates an overhand where water can be thrown to the ground and stay clear of the walls to avoid water damage related problems.

Flashing is a material that is used on a roof to keep water from passing into the structure through a joint. It is part of the weather-resistant barrier system used to protect your home from water. Flashing is generally a thin piece of galvanized steel. It is used around all roof features that may otherwise expose the roof system to water. This includes chimneys, skylights, and vents.

Fasteners are used to secure the roof’s integrity, making it more weather resistant and able to stand-up to move severe winds. Fasteners are made of metal and create stronger insulation. On the average roof, you may find thousands of these fasteners. Fasteners essentially just look like little screws and there are a variety of different types used. Your roofer will know which one to use for the best support for your roofing system.

Fascia is a board that is placed along the lower edge of the roof. It is what the gutters are attached to. Fascia is put in place to protect the edge of your roof from water damage and weathering. It also keeps creatures, like squirrels and birds, from venturing into your roof.

Fire ratings for roofs classify all roofs into Class A, Class B, Class C, or unrated based on hardiness against fires. Class A is the highest and more preferred of firing ratings. Class A is made up of concrete, clay, and metal roofs. Whereas a wood shake roof would fall under the unrated classification, which is the worst rating. Roofs are tested on flame penetration, flame spread, and propensity for dislodgment.

Gable roofs are the quintessential residential roof. They are made of two roof sections that meet at a point and slope in opposite directions.

A gutter on a roof is used to collect water and direct it away from the home. Gutters are incredibly important, along with downspouts (where the water is eventually pushed through and out of). This prevents erosion and keeps the foundation and basement intact.

Ice dams are the build-up of water on eaves of sloped roofs that then freezes. It is caused by melting snow freezing along the eaves. This then prevents water from draining off the roof as it creates a sort of blockage. This can lead to water problems as the water then backs up and can break into the home through the roof, getting into the walls, ceiling, and insulations.

Mansard roofs are four-sided hip roofing which has two slopes on each side. Mansard roofing is often present when dormer windows are incorporated into the home’s architecture. Unfortunately, the cost of a new installation for a mansard roof tends to be high because of the unusual style. Maintenance and repair costs on mansard roofing will also see similar markups on labor costs.

A roof overhang is how far the edge of the roof extends beyond the siding of the home. Below the overhang, a soffit is generally installed. Depending on your home’s architectural style, your roof may or may not have an overhand. However, overhangs are generally quite common in homes.

A roof rafter is a part of the roof’s structure that is placed during construction. Rafters are laid side by side and provide a supportive back to the roof decks and coverings.

A roofing square is a 100 square foot area. This is how roofs are measured to determine the amount of materials a roofer will need ot order. It is figured by a simple equation: the total square footage of the home divided by 100.

A soffit is the underside of the overhang. It protects the rafter and keeps moisture out. Soffits should be inspected twice a year for signs of wear and tear. Eventually, soffits should be replaced to protect the integrity of the roofing system.

Tear offs occur when the roof is removed in its entirety. This full replacement will results in a brand new roof, meaning no concern for old, rotting decking or other structural issues. It will be more expensive than an overlay, which is when roofers apply new roofing material atop the existing roof.

Three-tab shingles are a lightweight asphalt shingle. It is made of three separate tabs that are 12 inches in width. These are generally cheaper shingle options but are far less durable than architectural shingles.

A roof truss is a structural framework that supports the roof. It is made of wood and appears like a ‘skeleton’ of the roof. These are generally evenly spaced and are separated by spaces referred to as bays.

Underlayments are barriers installed under your roof deck that is added for protection. Underlayment is water-resistant and waterproof. Roofing underlayment is generally available in three types: asphalte saturated felt, rubberized asphalt, and synthetic.

A roof valley creates a ‘V’ or ‘W’ shape. It is put in place to direct water off the roof to avoid water buildup which can lead to problems.

Sometimes called a louver, vents intake or exhaust air from the roof. These are generally added to the highest peaks on the roof. Its purpose is to moderate temperatures in the attic and prevent moisture buildup.

Weathering is the eventual and inevitable breakdown of a roof as it nears the end of its expected lifespan. It is caused by extreme weather conditions, poor installations, improper maintenance, and degradation of the material quality. If your roof is older, weathering is to be expected. It if isn’t and is still showing obvious and extensive signs of weathering, it may be time to call in a professional.

Weep holes are drilled into tiled roofs at the ridge to create a way for water behind the tile and drain.

Wind uplift occurs when the roof system experiences a higher air pressure beneath it than above it. The use of fasteners is implemented to prevent the roof from detaching from the home. However, other problems can set it due to wind uplift. This includes shingle curling. 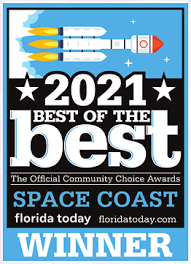 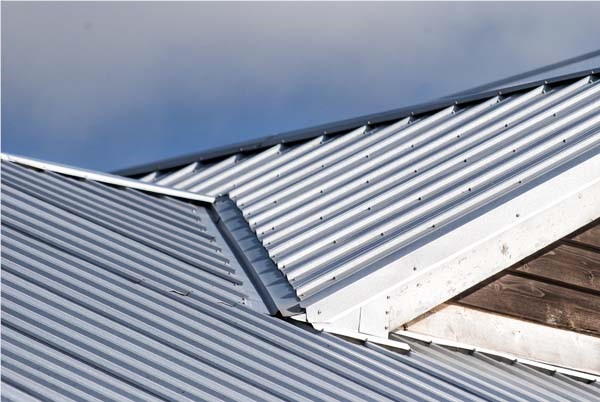 Your Guide to Installing Metal Roofing Over Shingles 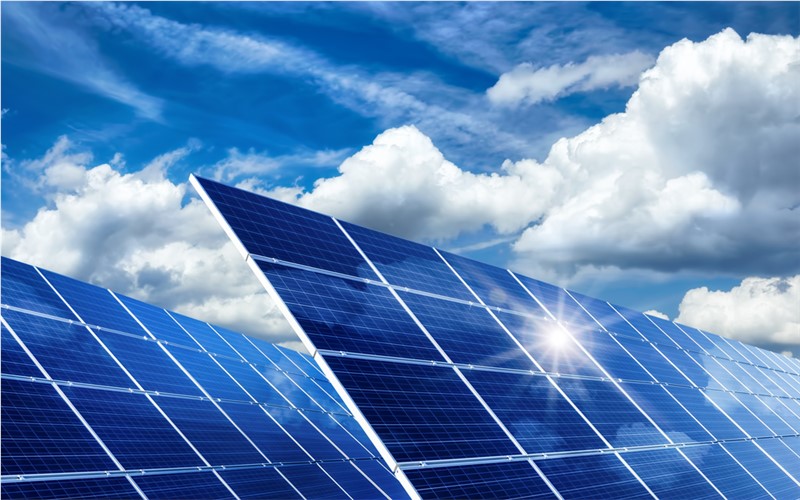 Why Metal Roofs Are Best for Heat 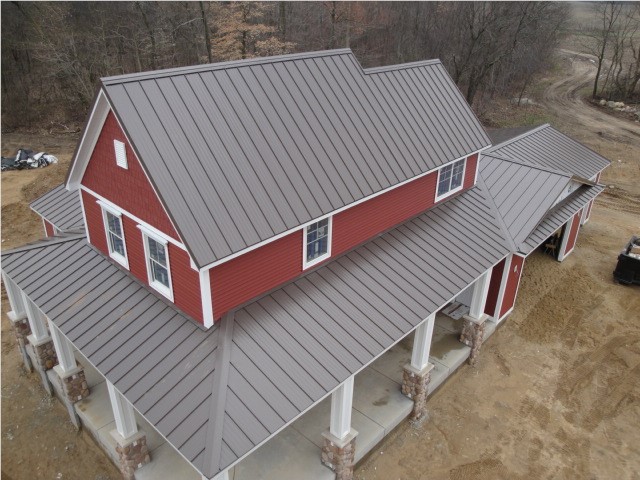 What Roofing is Best for Hurricanes?

What Gauge Metal Roof is The Best?

Hippo Roofing makes it easier to budget for the roofing or restoration services you need.